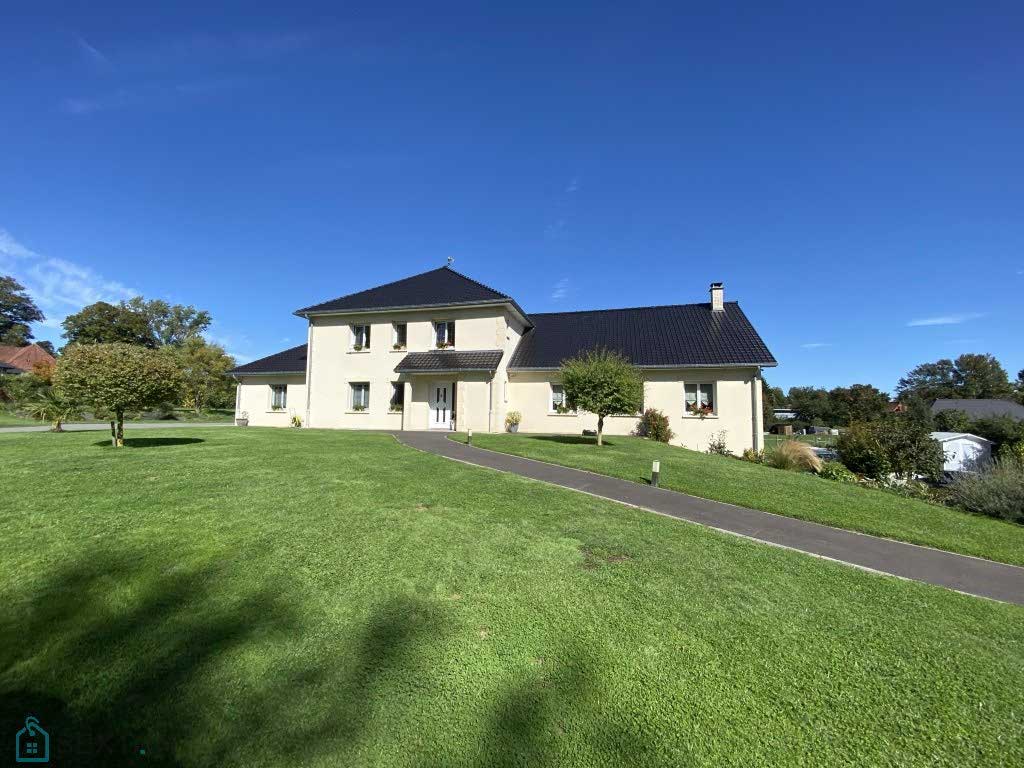 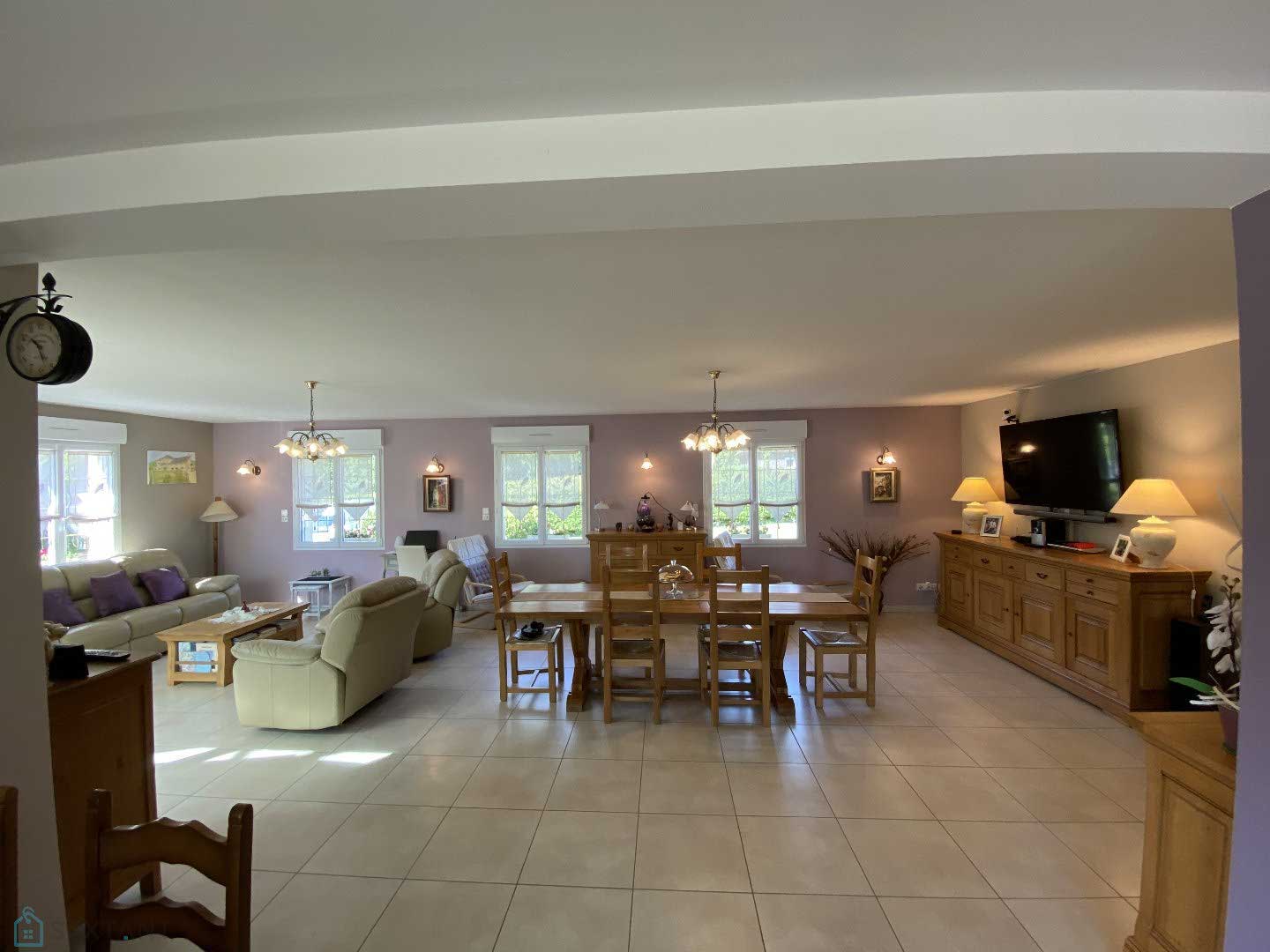 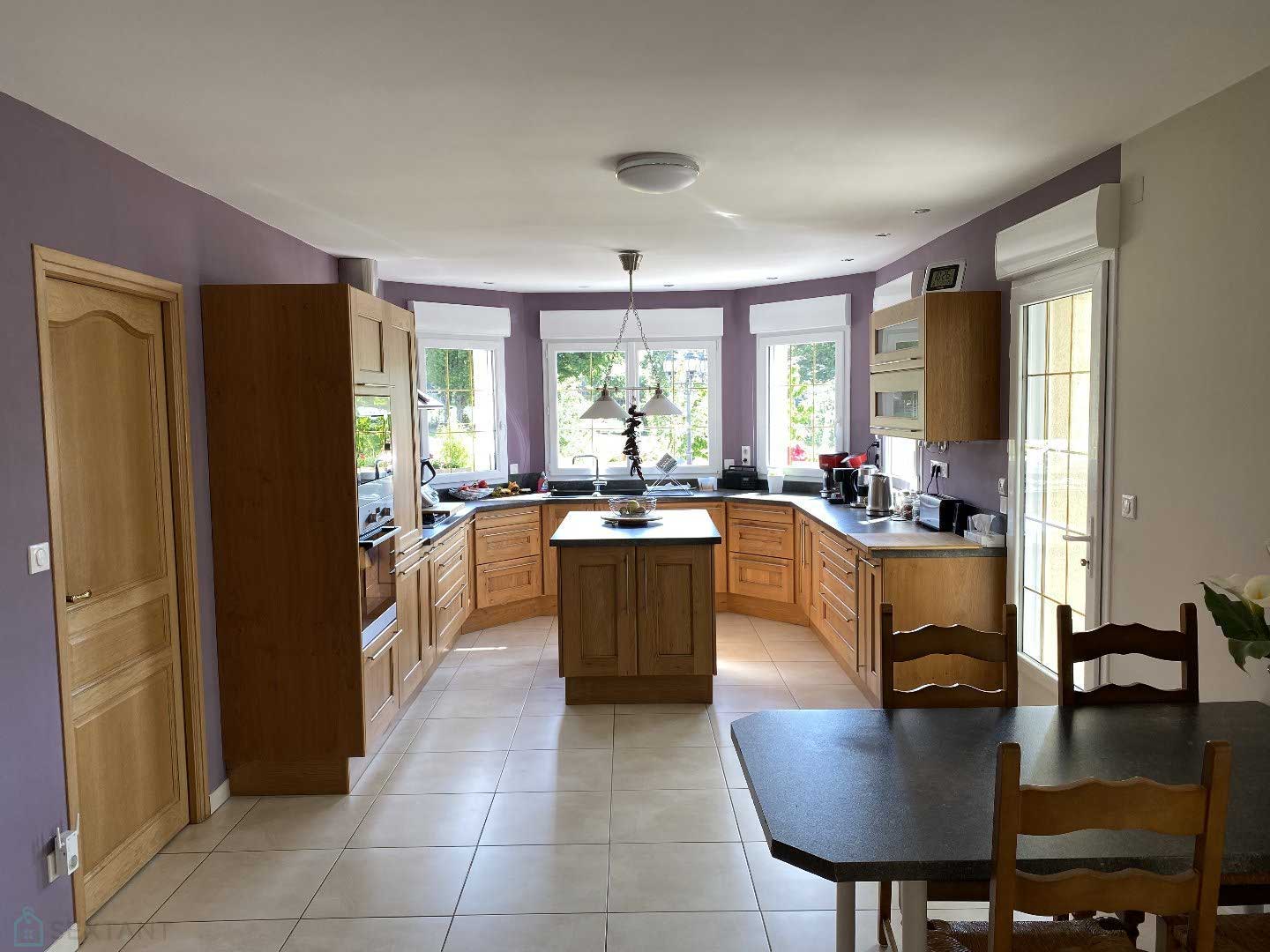 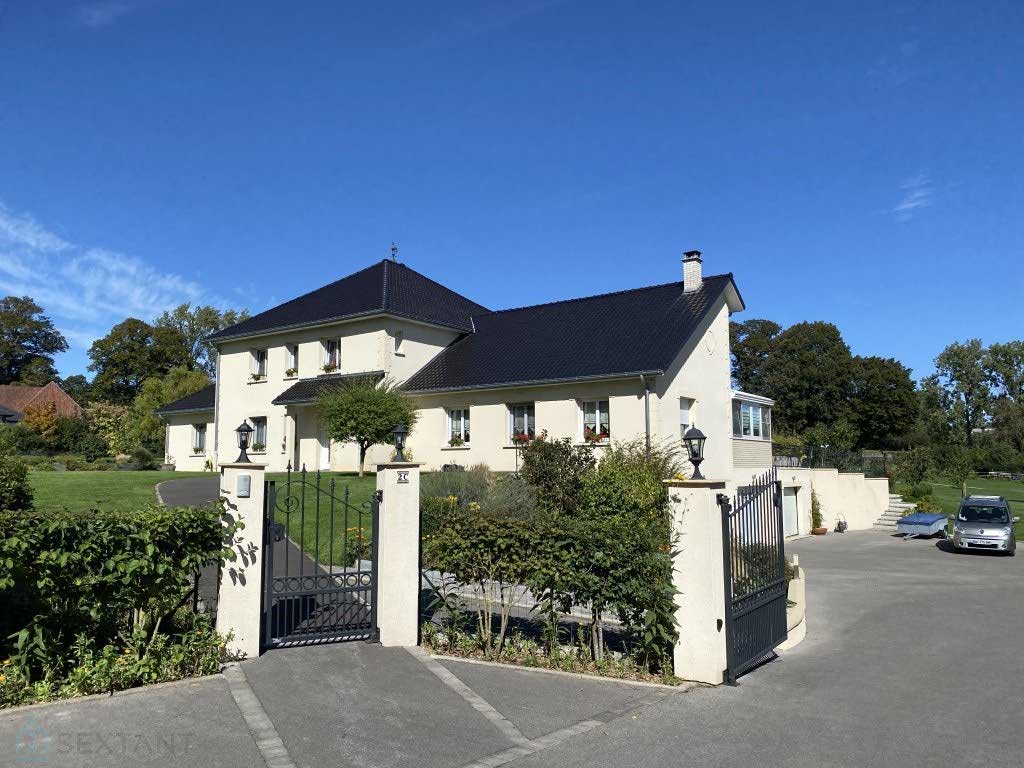 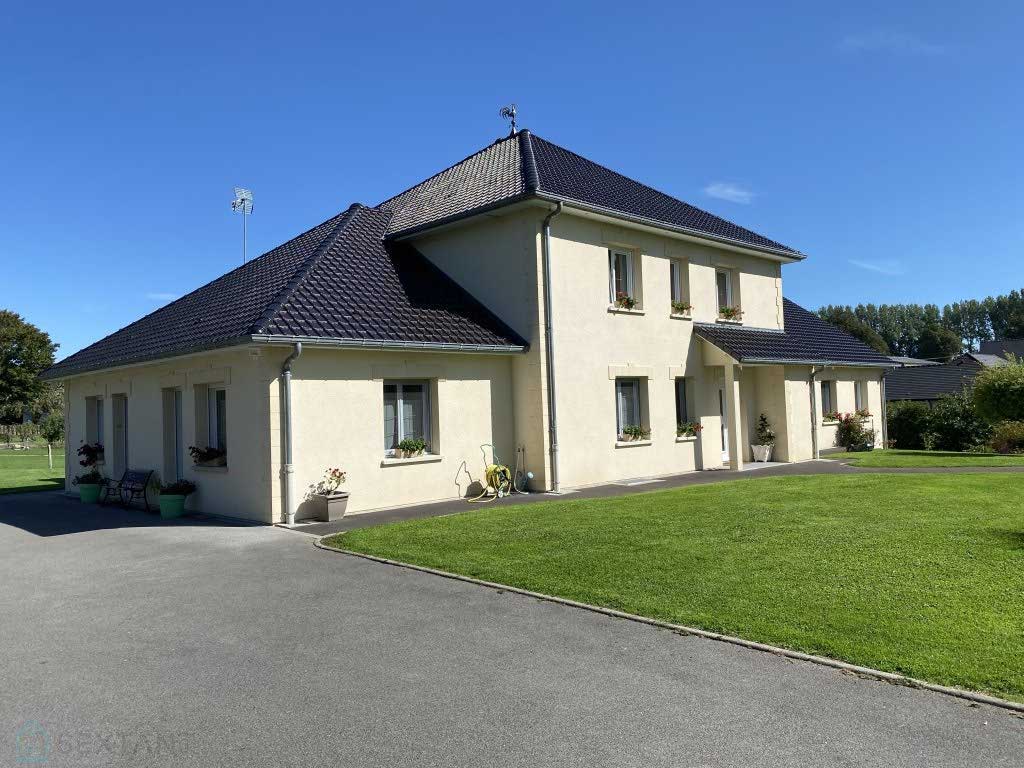 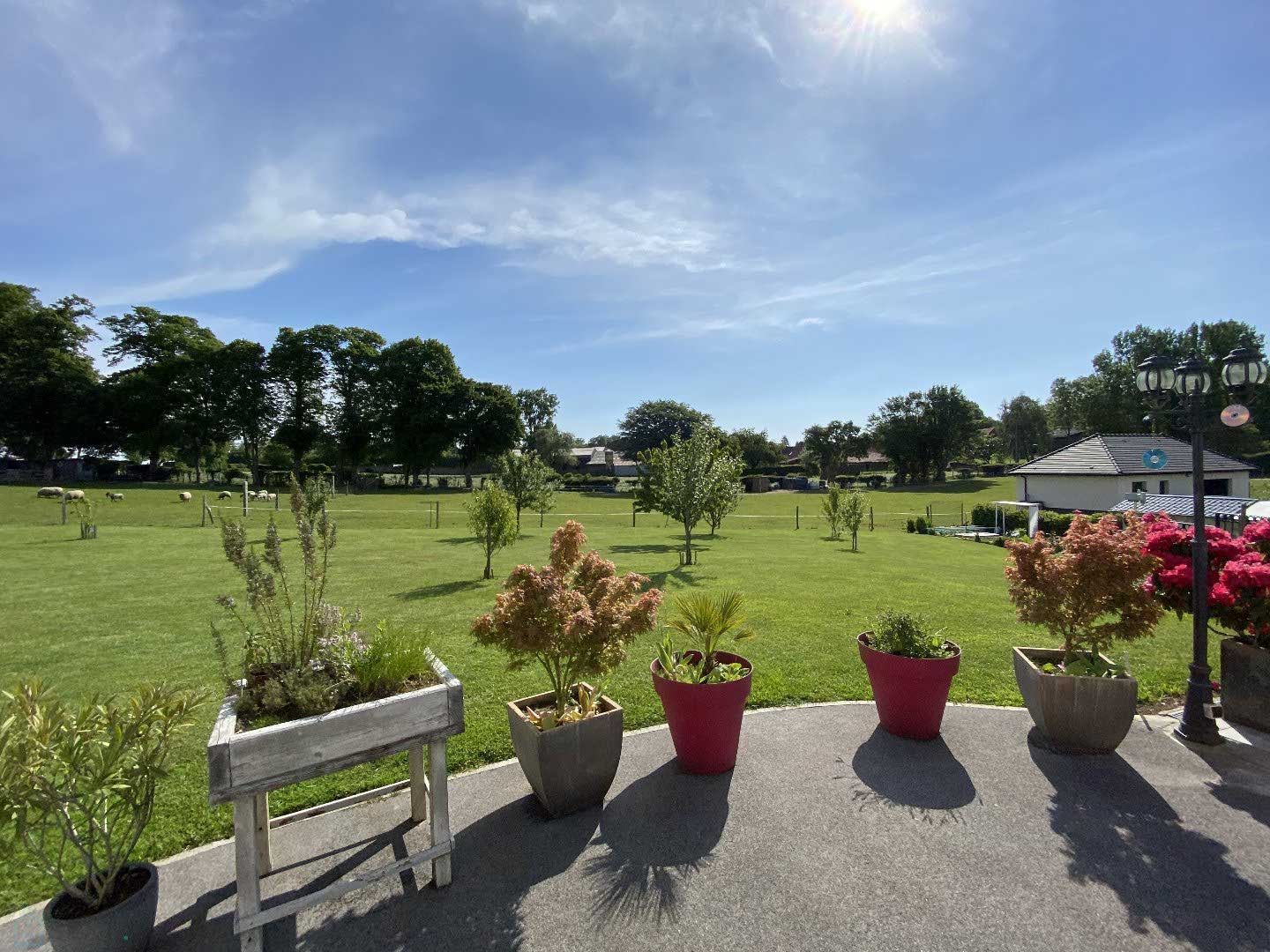 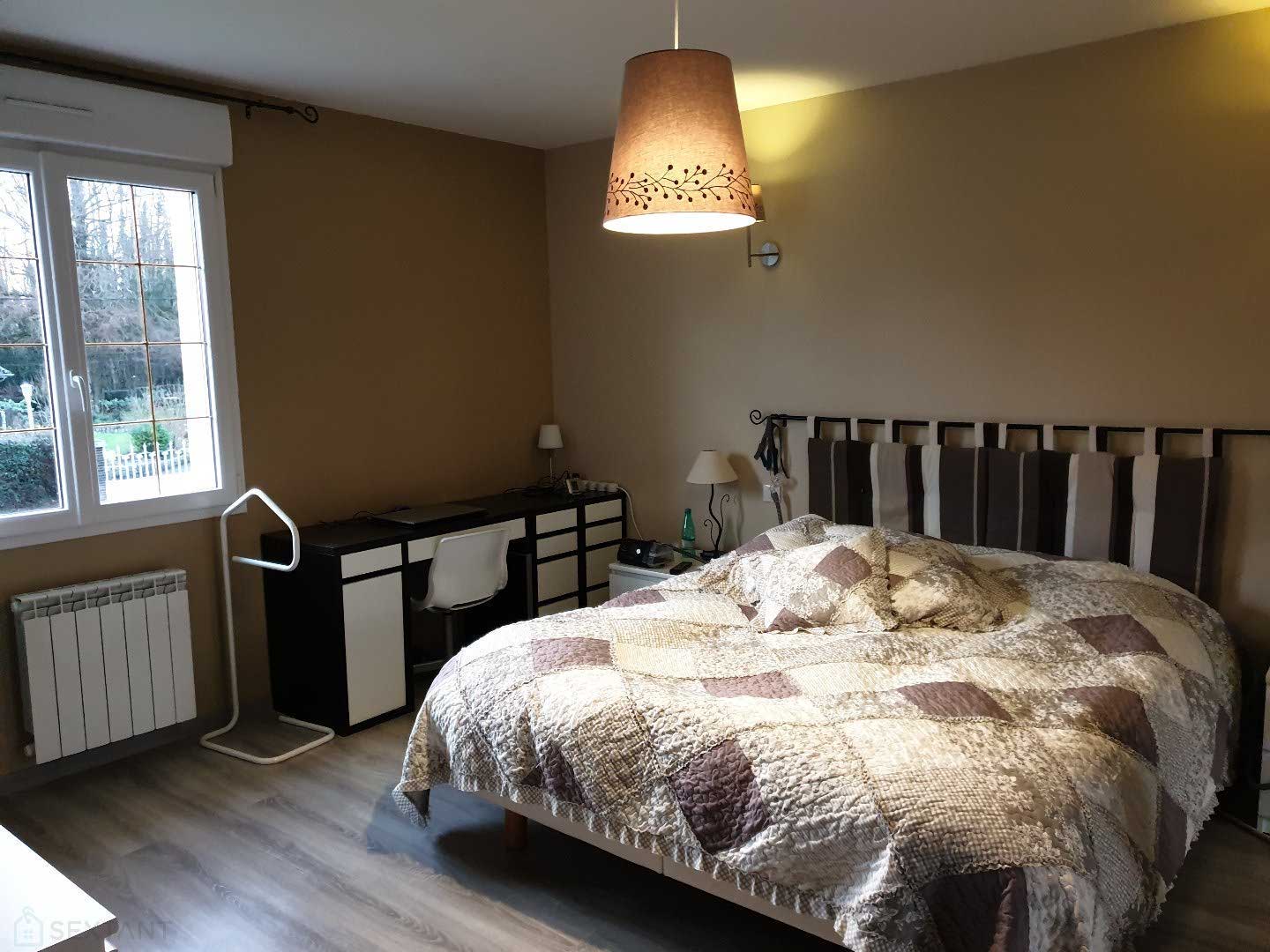 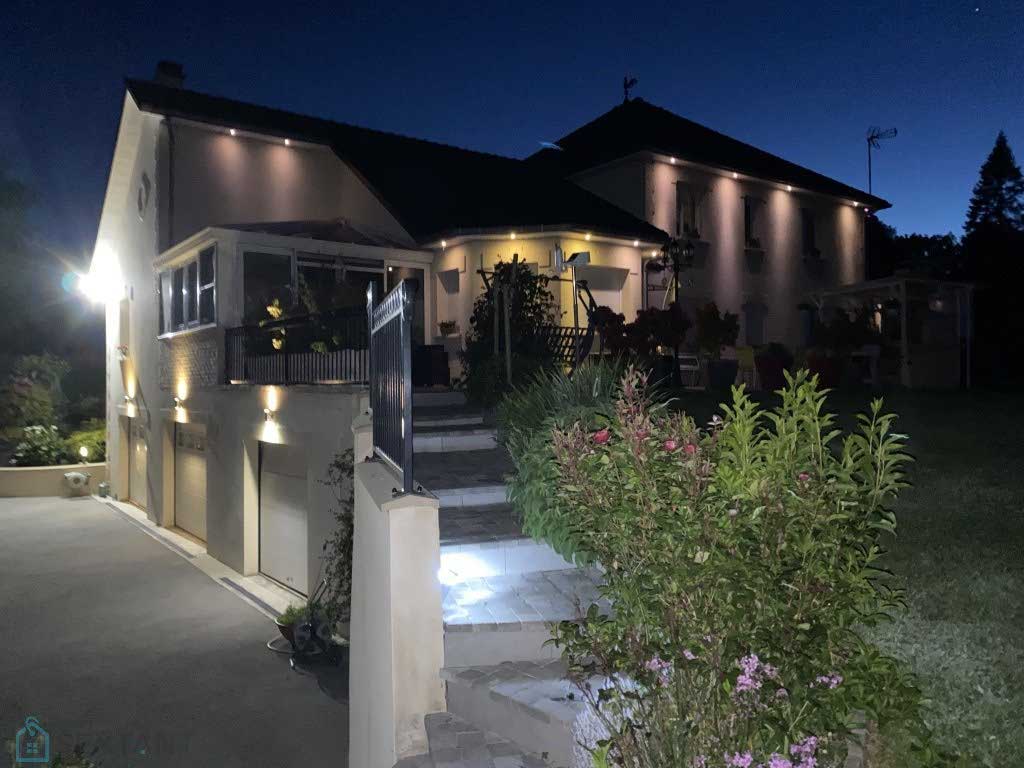 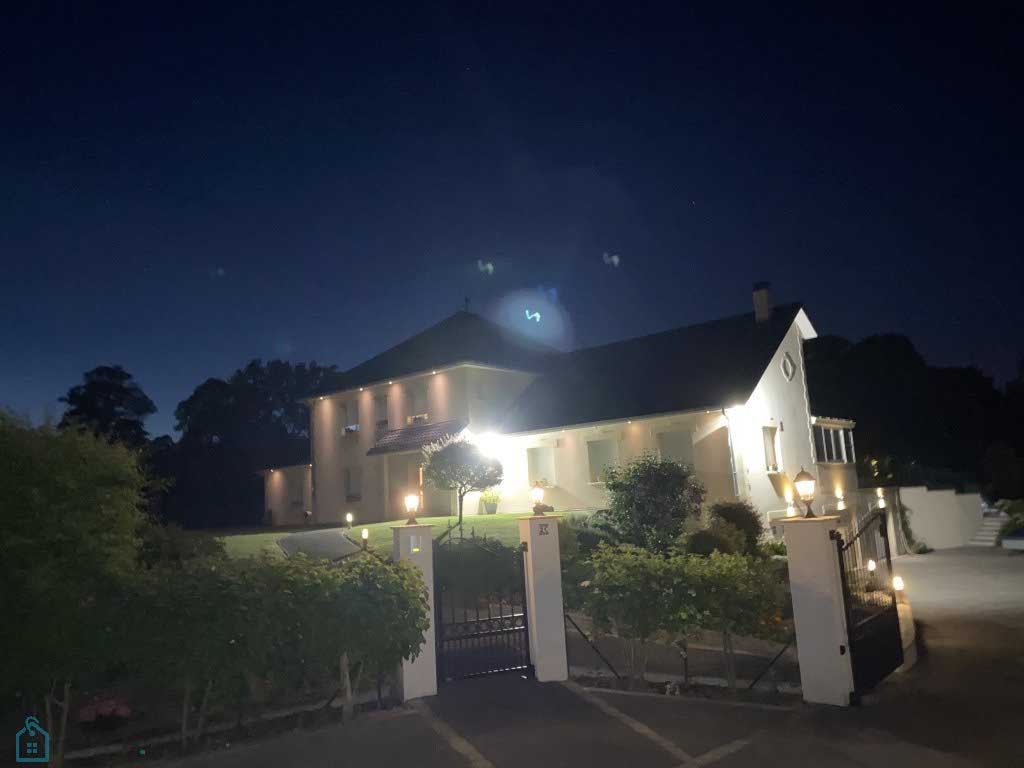 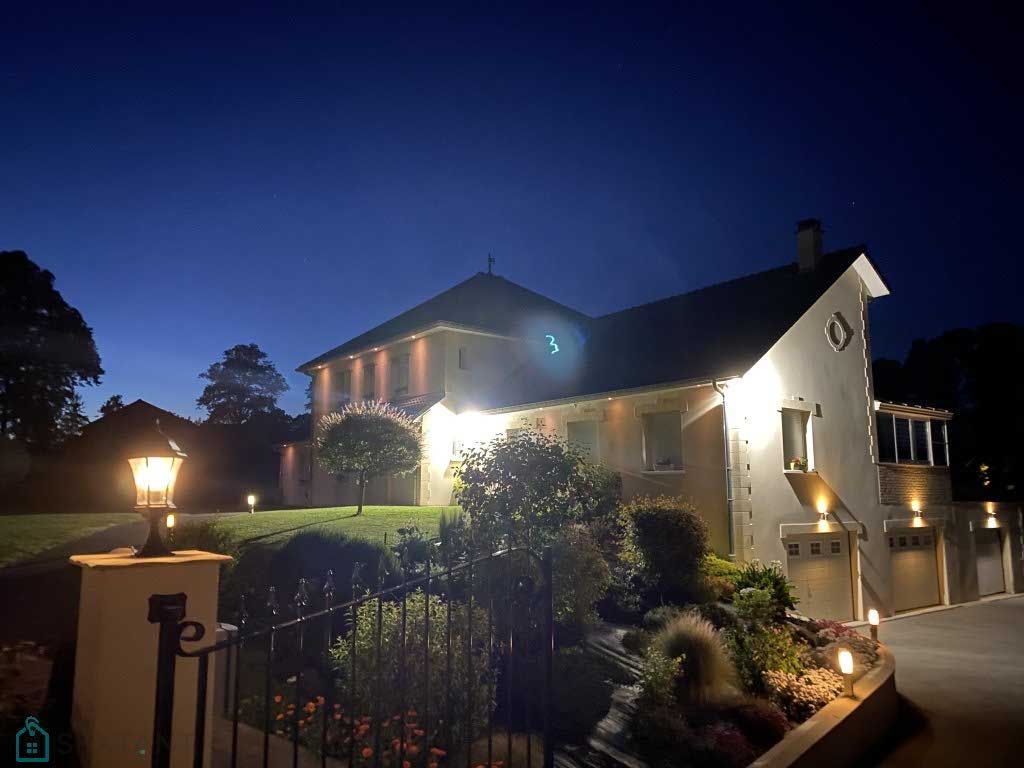 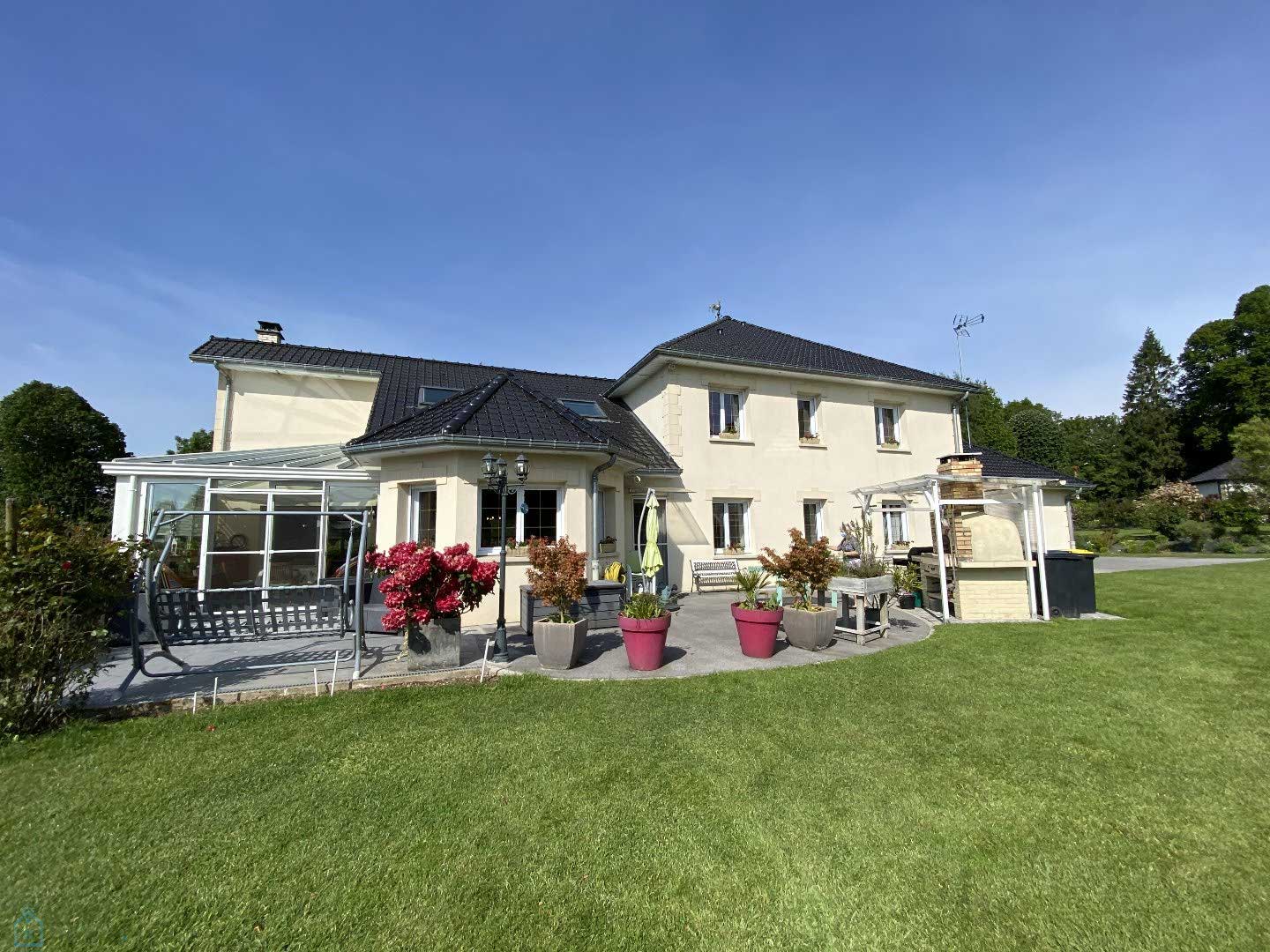 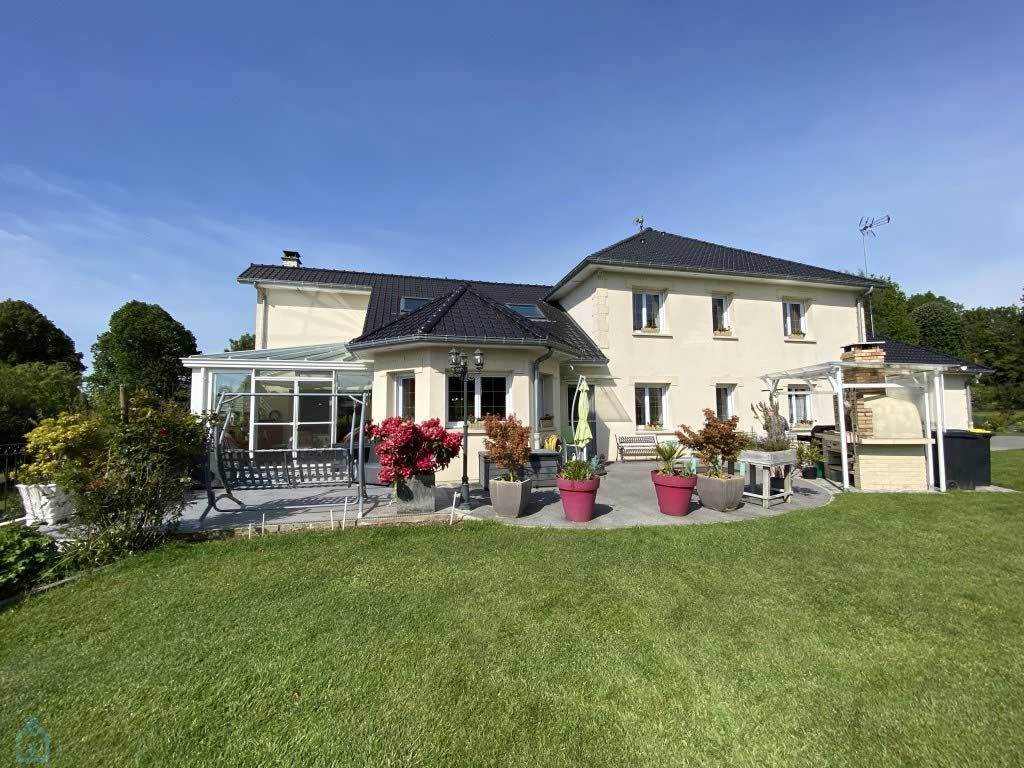 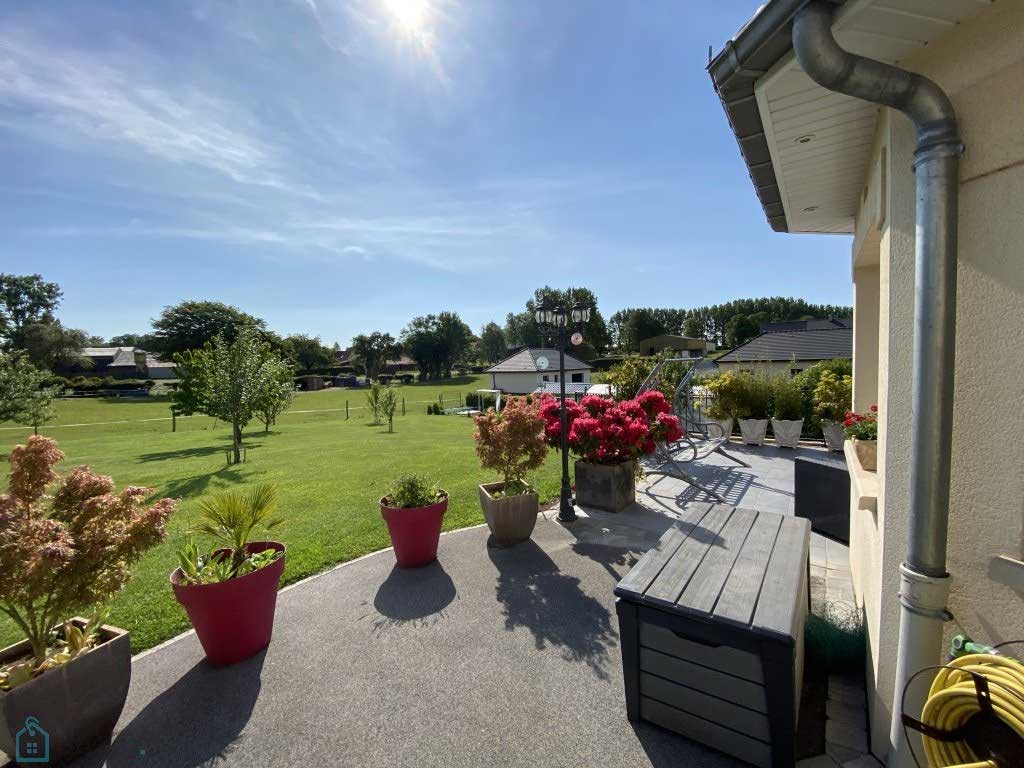 Exclusively, a few minutes from Saint Pol sur Ternoise. To discover, high quality villa, high-end materials, with lots of storage space, large living / dining room as well as a large reception room, beautiful open kitchen, 5 bedrooms, 4 bathrooms, veranda, terrace with barbecue and oven for pizza. 4 car garage, wine cellar, workbench for DIY enthusiasts. Floor heating and wood fire. Nice benefits. To see without delay! Former residence of the houses of Bouillon and Luxembourg, the castle was confiscated in the second half of the fifteenth century because of the betrayal of the constable of Saint-Pol and his beheading. The castle was built in the sixth century and was ravaged in the twelfth century by the counts of Flanders. Ravaged by the troops of Charles V in the sixteenth century, it now has only ruins listed Historical Monuments.

Also listed as an historic monument, the former chapel of the Sœurs-Noires was built in the middle of the 18th century in brick and stone. Its front door is surmounted by a pediment and framed by two Doric style golden pilasters. It now houses the Bruno-Danvin Museum of Art and History, known for its collection of 17th, 18th and 19th century paintings, lithographs, sculptures, earthenware, religious objects and objects from archaeological excavations.

Chapel of the convent of the Carmelites before the French Revolution, the Saint-Paul church was destroyed during the bombings of June 1944 and completely rebuilt in the 1950s on the site of the old town hall. A brick building, it has a western facade, three adjoining spans, and an organ gallery listed as Historical Monuments.

While strolling in the town, do not miss to admire the statue Notre-Dame-des-Ardents, work realized in 1973, or the chapel Sainte-Marie-Madeleine erected on the plans of the architect Clovis Normand. More information on www.sextantfrance.fr, ref.12300. Agent Sextant France International - Salvatore Urso Baiardo, agent based in Aubigny en Artois - 06 51 16 80 60. Fees charged to seller Commercial agent. To receive more information about this property and to be put in touch directly with our local agent, , please fill in the form below.