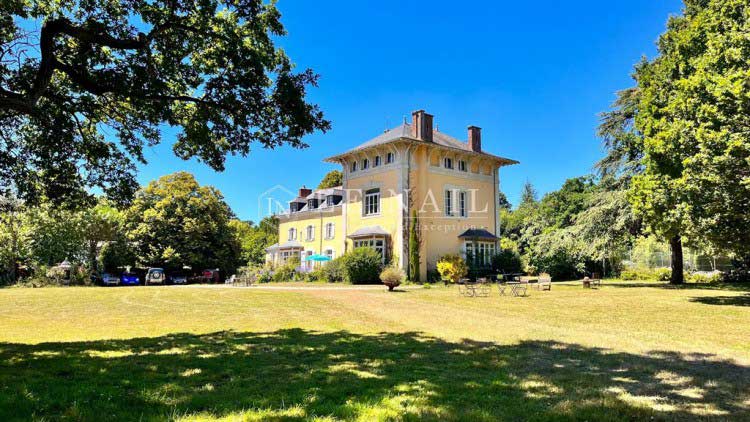 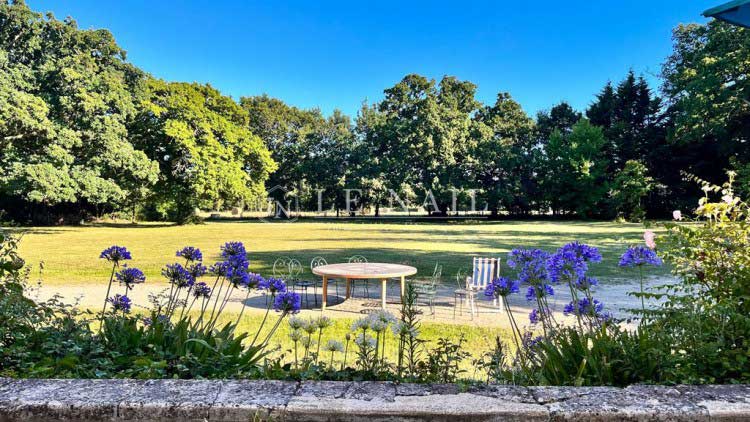 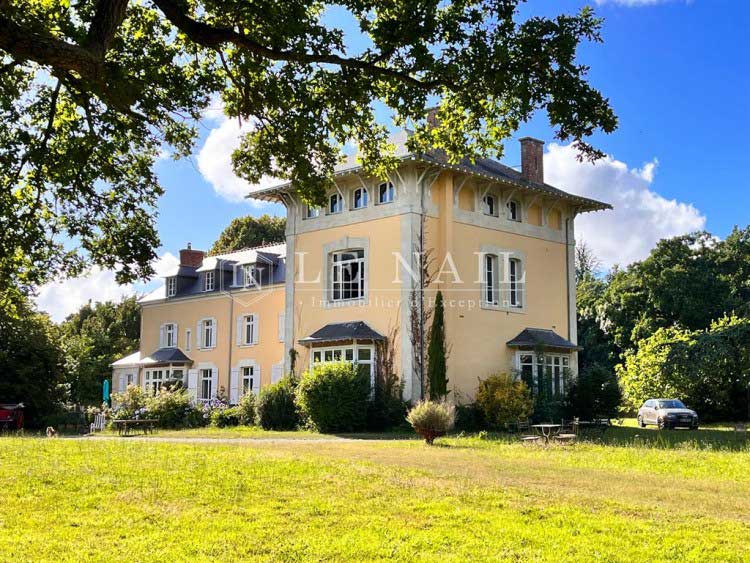 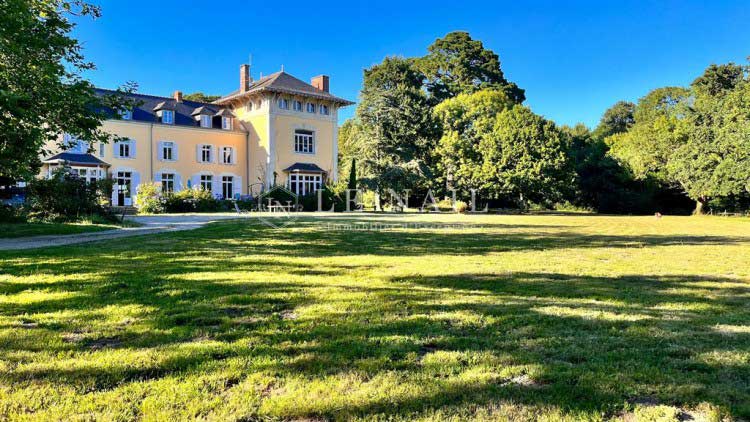 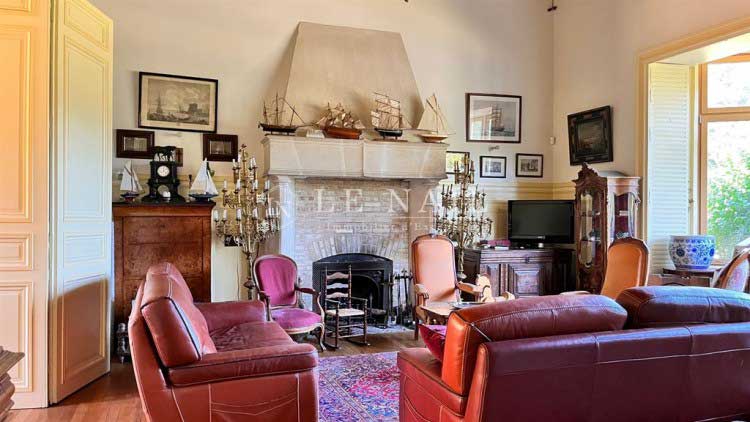 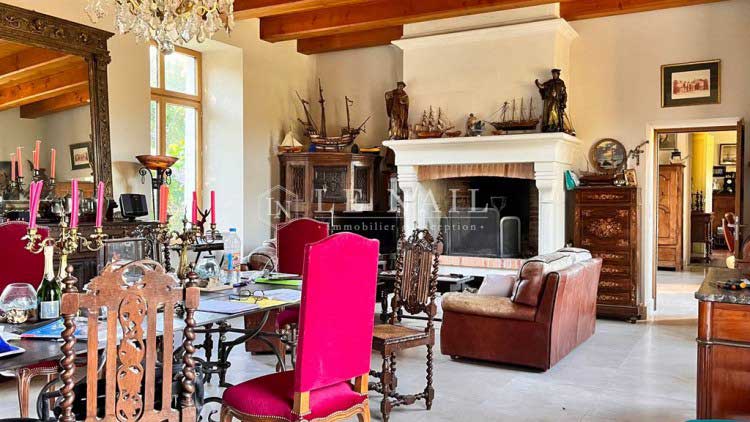 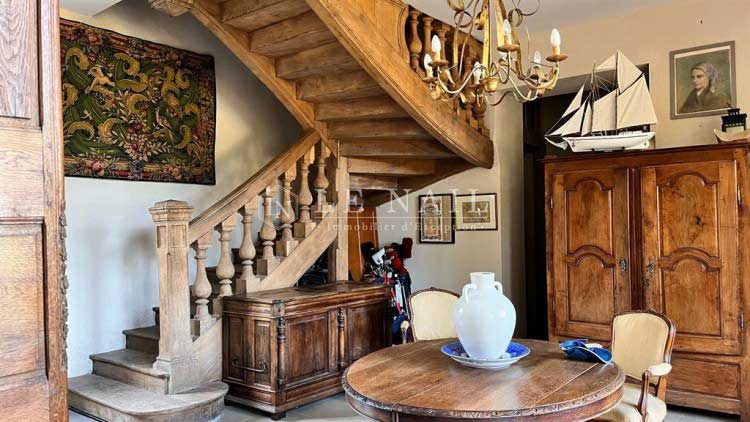 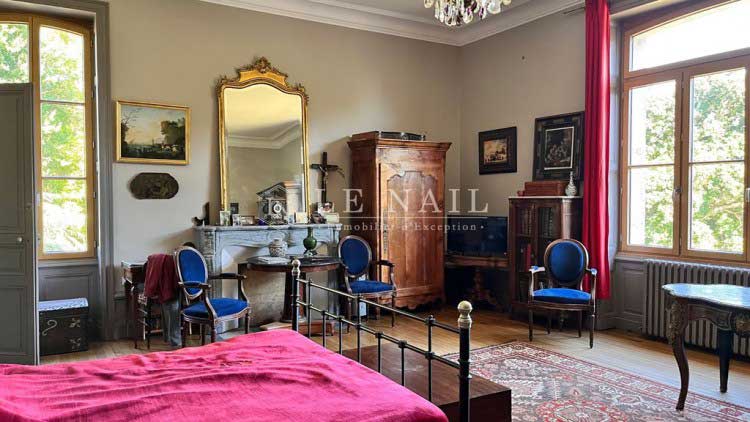 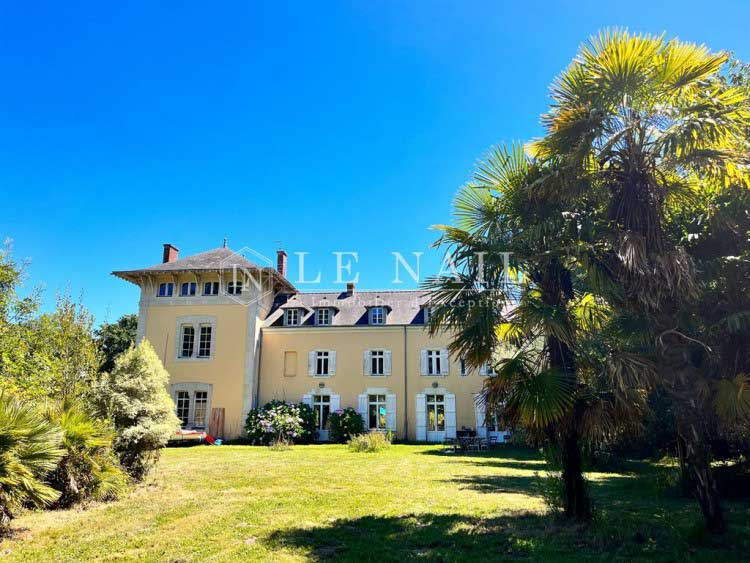 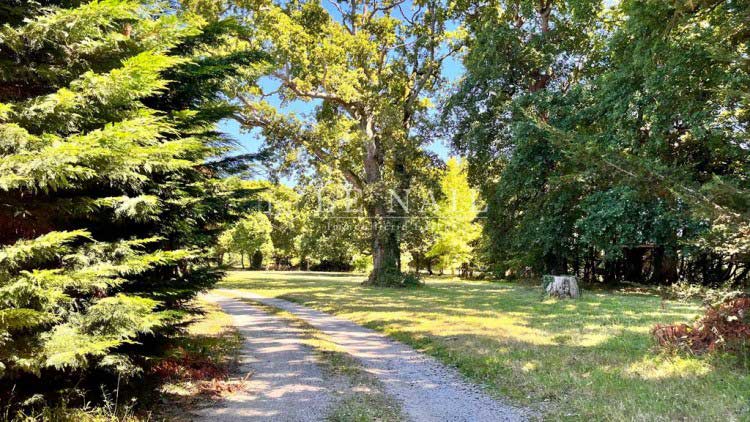 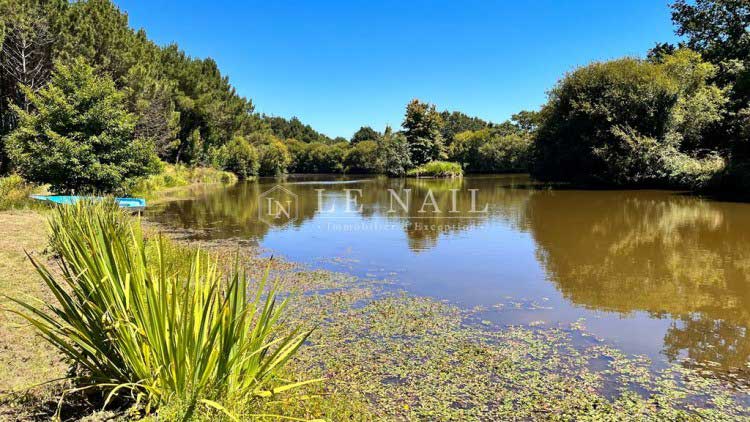 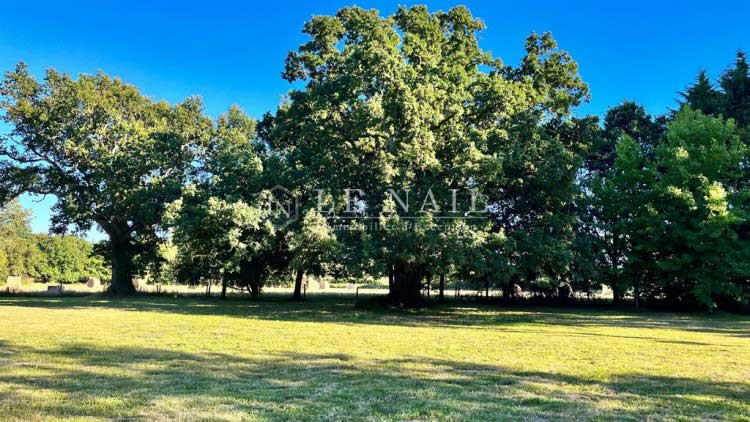 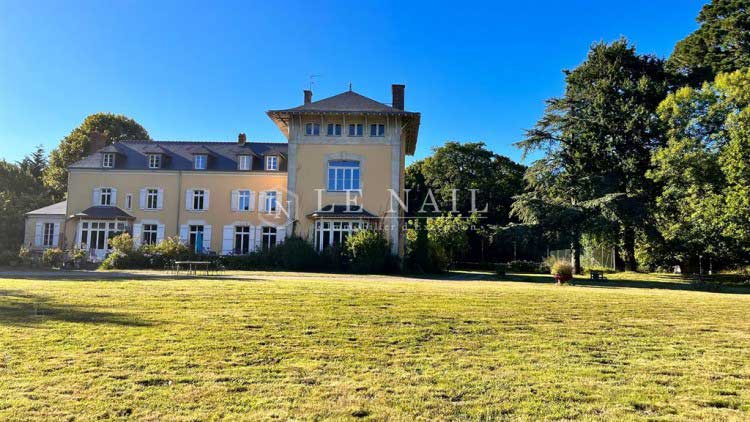 Ref.3996 : Beautiful property in the italian villa style 6 km from the sea.
Facing the Bay of Bourgneuf and the Loire estuary, the Pays de Retz is the southern gateway to Brittany. Around the Pornic cove and the large beaches of Saint-Brévin, 52 km of coastline are dotted with creeks, beaches and small seaside resorts. Linked to this lively coastline, marshes and bocage create a bucolic mosaic.
It is in this green countryside of the Pays de Retz, 6 kilometres from the first beaches, that this ochre-coloured residence is nestled in its wooded park, with a vast pond, facing south, dating partly from the 18th century with a tower built at the end of the 19th century, in the style of the large Piedmontese villas on the Italian lakes, an architecture which was very fashionable at the end of the Second Empire.
The nearest village is 4.5 km away. There are all the necessary shops, primary schools, a health centre and a pharmacy.

This large 520sqm house was rebuilt in 2014 to current standards of comfort, while retaining its charm. It includes 3 large reception rooms, 13 bedrooms, a kitchen with dining area, 8 bathrooms or shower rooms.

Access to the property is via a shady road. Once the entrance gate is crossed, the charm is there: the impression of being out of time, out of the world. The setting is exceptional. The park, with a surface area of approximately 4.5 hectares, is composed of meadows, with centuries-old oaks harmoniously distributed, a 1 hectare fish pond and a 1 hectare wood planted mainly with pine trees. Everything seems to be done to let nature display its most beautiful assets and dazzle us from one season to the next.
There is a wood shed.
Possibility to buy in addition:
The owner offers as an option an additional 4 hectares with a farm shed and a gîte.